In this article, we are going to discuss :

Are you decorating a new build or period property? With the added benefits of higher energy efficiency and a sleek, modern look, new builds are an attractive option for property investors. However, when compared with the stunning character of traditional period homes,  new builds are more of a ‘blank canvas’, waiting for the inscription of your own personal style. Our property management team at Flex Living refurbish properties every day, both old and new. So, in this article, we’ll tell you our favourite new build decorating ideas to bring your new property to life.

The textbook definition of a new build home is something that was built in the last two years. However, most new built properties built from the 2000s onwards share similar characteristics in their layout and interior features – for example, modern fittings with seamless walls, evenly angled rooms and less protruding features. Kitchens and bathrooms of new builds also tend to have a ‘glossier’ finish. From the 1960s onwards, there are many properties that are technically not considered ‘new builds’ but, stylistically, can be grouped in with more recent developments due to their absence of ‘period’ features like old fireplaces and ceiling cornices or coving.

In contrast, a period property is one that was built during a specific epoch and is typified by a distinct architectural style. For example, in the UK, period properties would include those from the Victorian, Edwardian and Georgian Eras. Whilst they are often stunningly charismatic with spacious rooms and scope to add value, these properties tend to have more abstract stylistic properties such as oddly shaped rooms (i.e., without 90 degree angled corners and walls), so there are more considerations required when furnishing with things like built-in wardrobes. Period properties often house elaborate textiles and patterns, using environmentally friendly materials like timber and stone.

How to Decorate a New Build

One of the main advantages with furnishing a new build is the personalisation options it offers – you get more say in your new home’s interior design because the space is more like a ‘blank canvas’. Instead of inheriting someone else’s taste (as with period properties), you get to create your own from scratch.

Decorating a new build can seem like a mammoth task. That’s why our property management experts at Flex Living have compiled some advice to help inspire your new build interior design journey.

How to Add Character to A New Build Home (UK)

Period properties are much more likely to contain elements that effortlessly add character to the space. However, you may have to work a little harder to instil character into the blank canvas of new build homes. Here are our top new build decorating ideas to add character to a new build:

Whether it’s a minimalist style with neutral colours or a grey-toned monochrome theme, choose your desired theme to carry out across all rooms in the property. Emerging interior design styles in 2023 include the following:

a. Japandi: a distinctive blend of Japanese and Scandinavian design that balances minimalism with textual diversity to create a soothing, modern atmosphere. 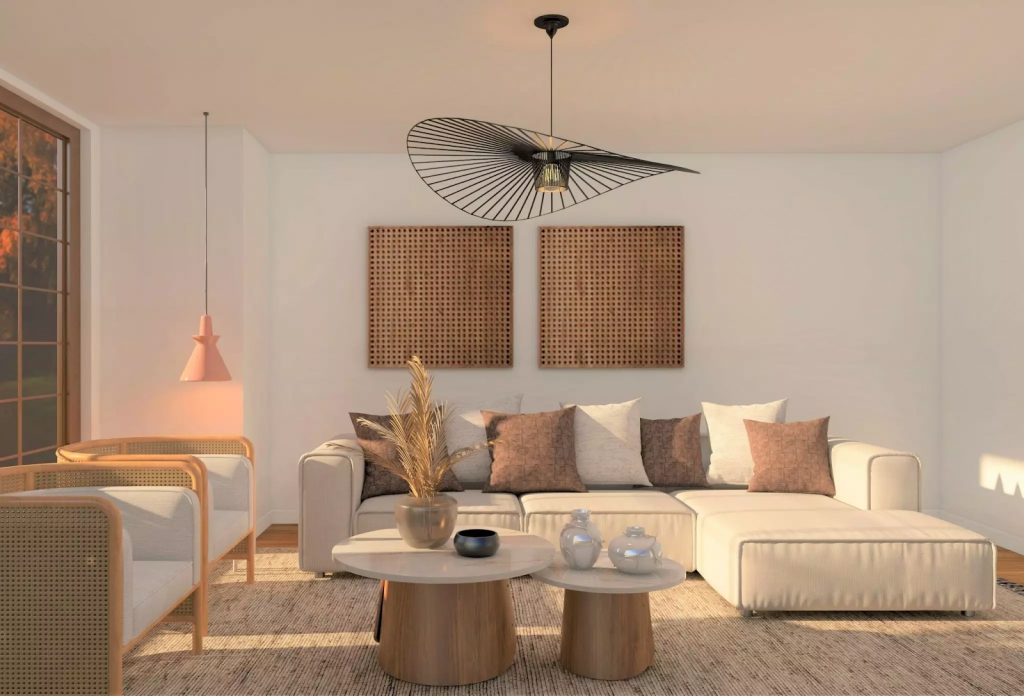 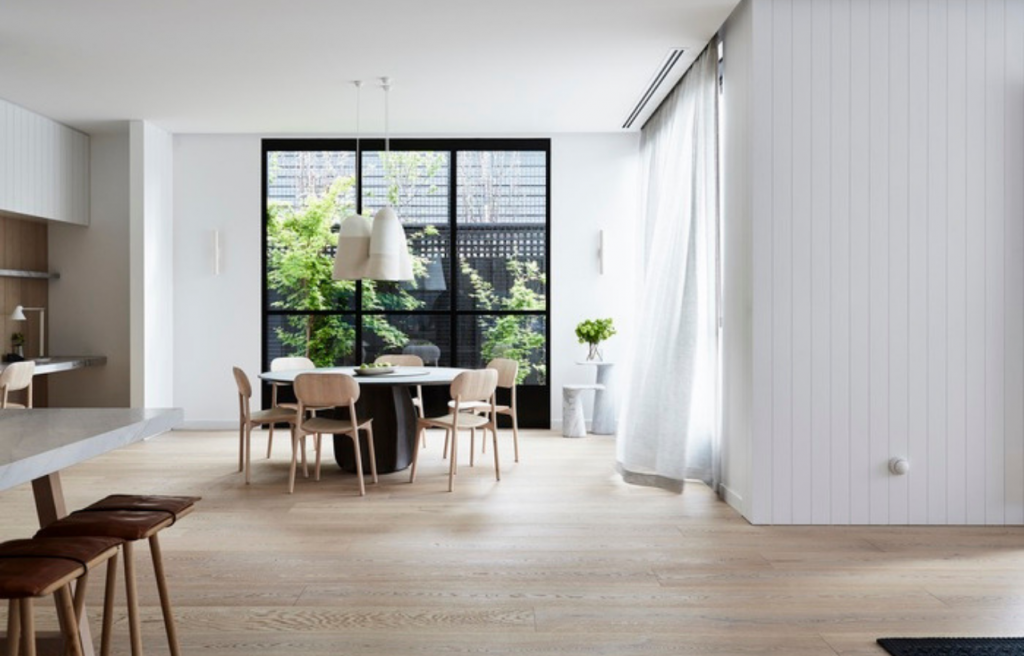 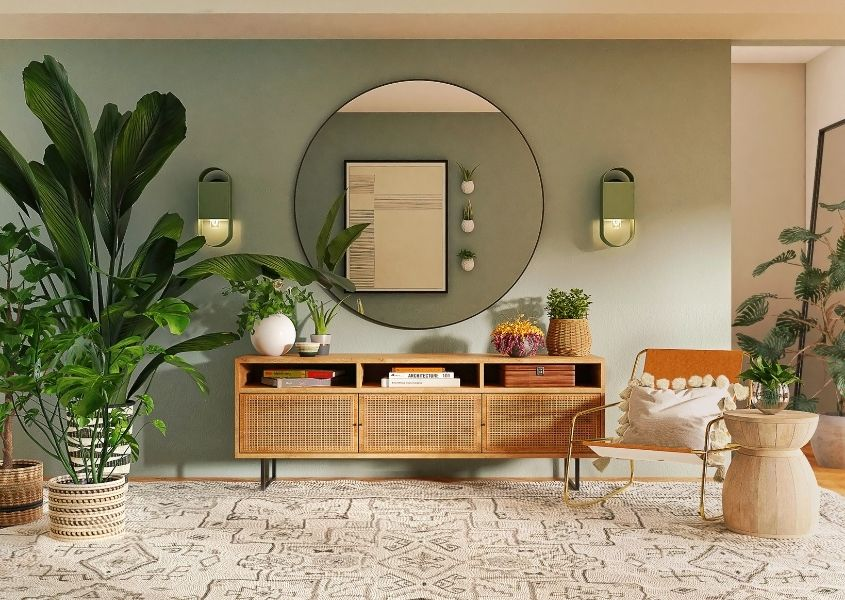 d. Monochrome: a balanced mixture of matte blacks, soft greys and whites to create a timeless elegance (particularly in bathrooms and kitchens). 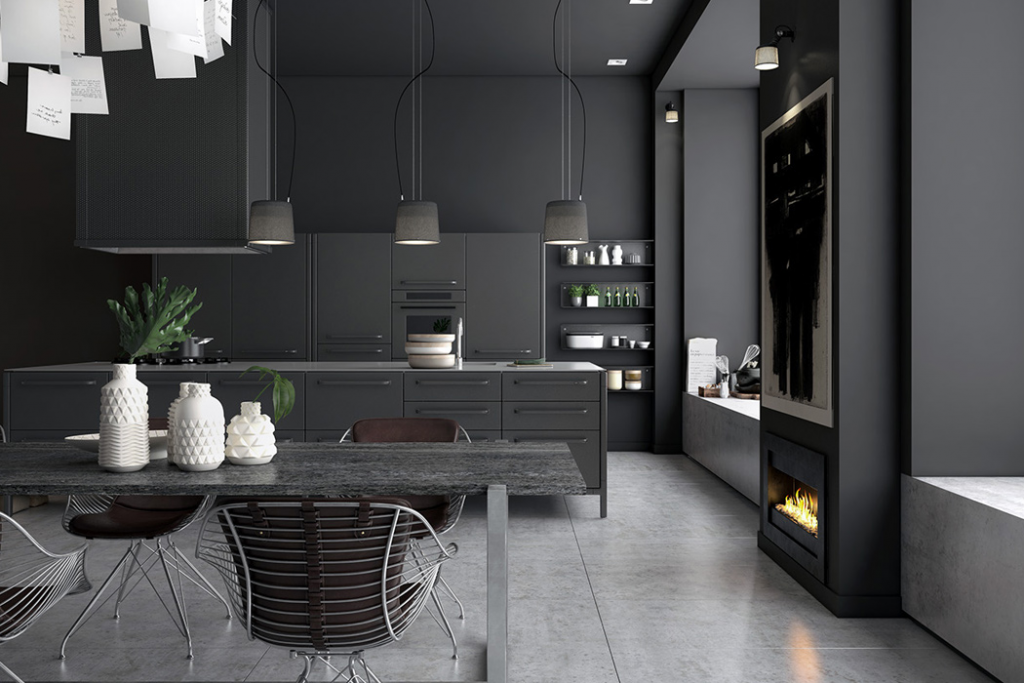 Below is a table to help you decide on a colour scheme based on the ‘mood’ or ‘theme you’re going for. 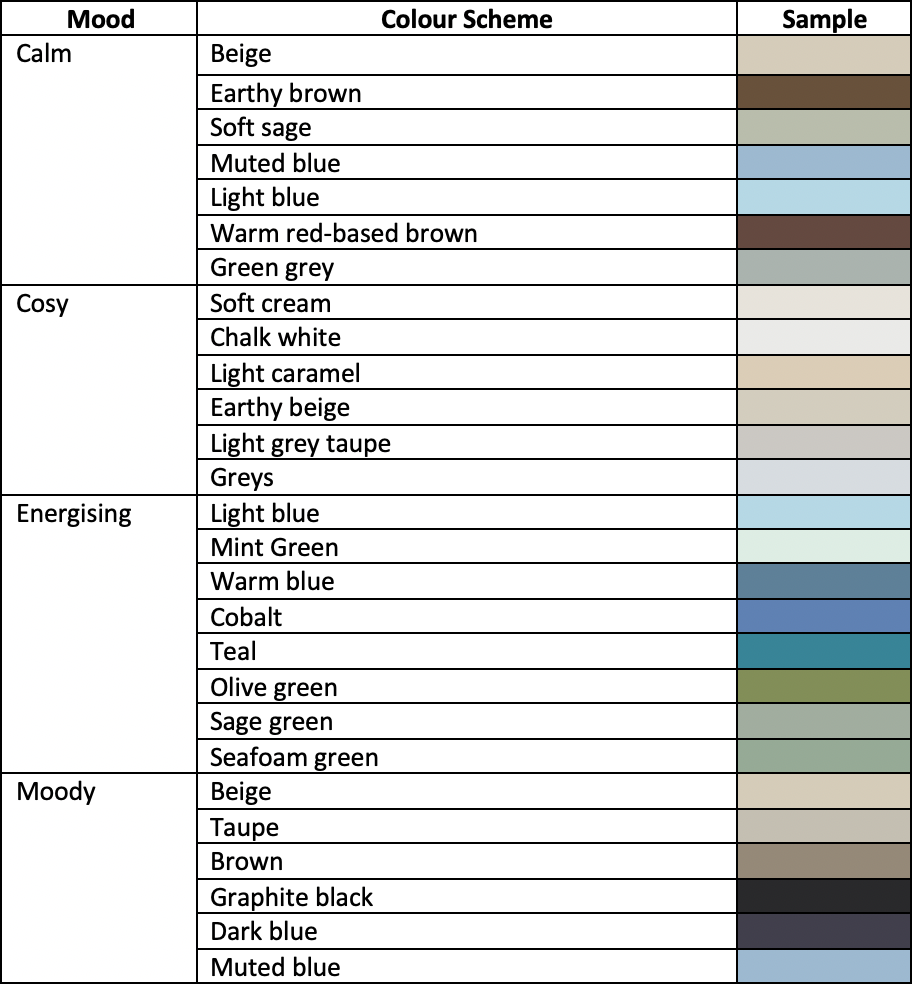 Can you paint a new build? Yes, of course! However, if your property has only recently been build, you should wait 6-12 months before applying any paint to allow new building materials in the walls, like timber and fresh plaster, to dry out slowly. With newly built homes, it is usually best to use a high-quality, breathable paint (such as matt emulsion) that is unlikely to hinder the drying process.

a. Statement lighting: oversized statement lighting that is bold and unique is a great way to add character to a new build. For example, a branching, organically shaped chandelier hanging from the room’s centre draws attention to the middle of the room. 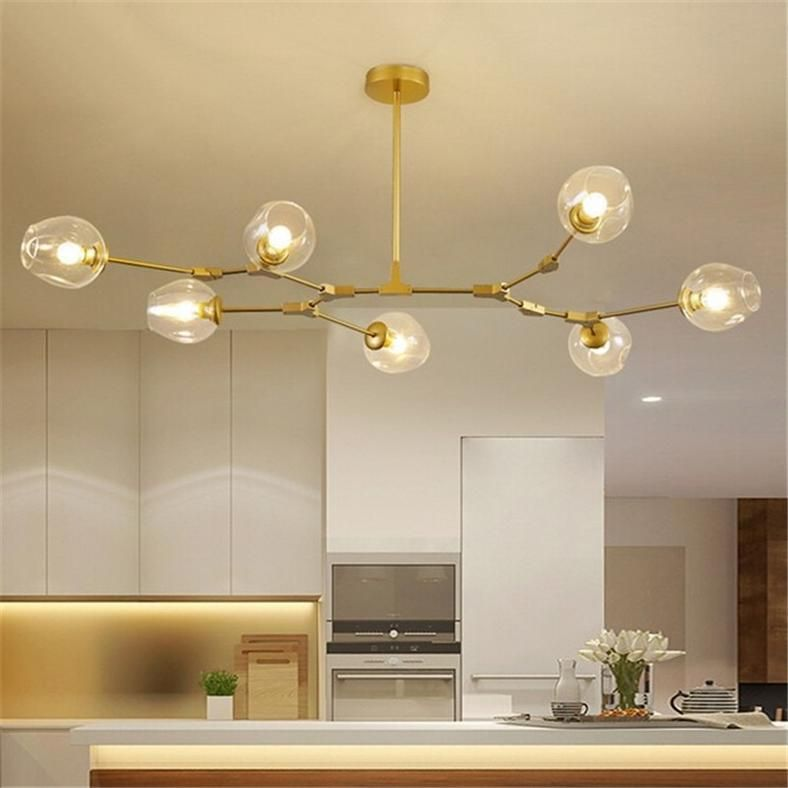 b. Shelving: use shelves to bring life and texture to walls whilst doubling as storage space. 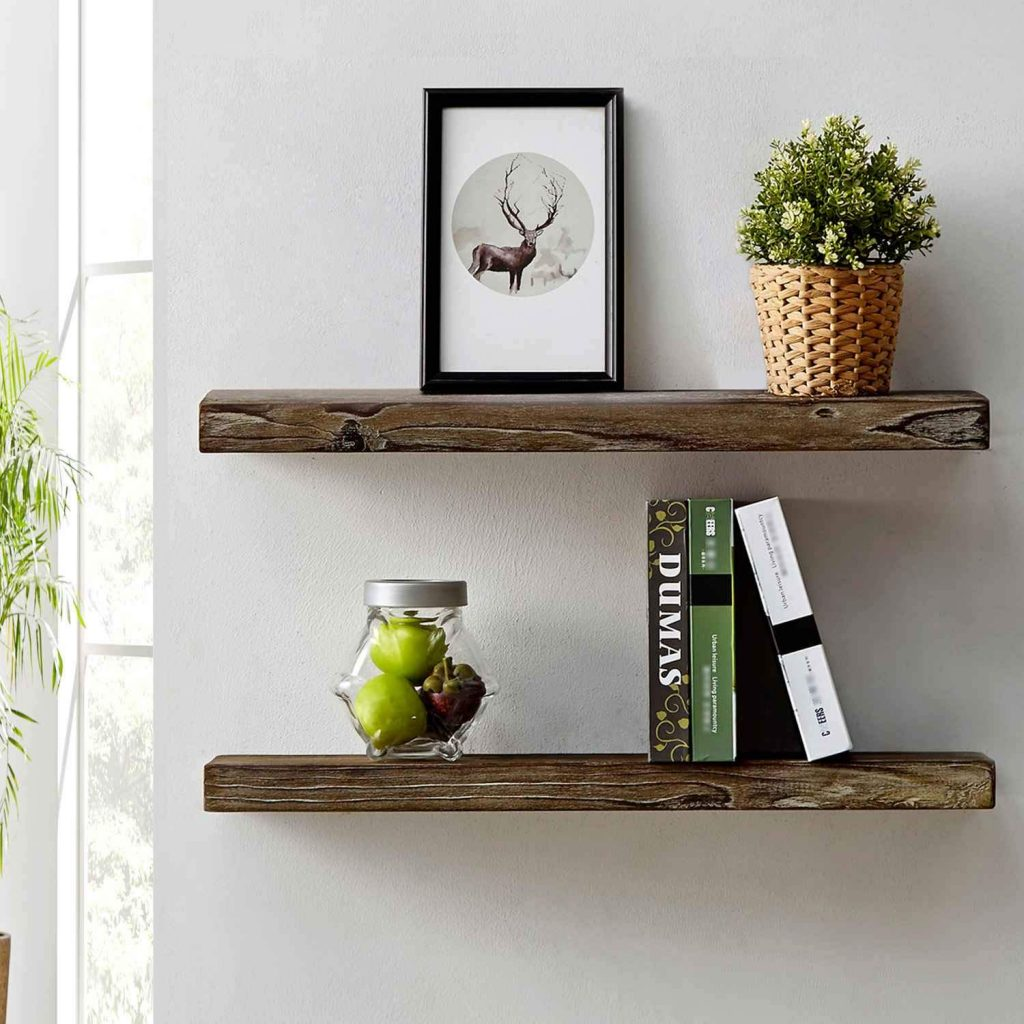 c. Ironmongery: change those modern, inexpensive door handles of your new build to more traditional styles with a brass finish to add some vintage magnetism. 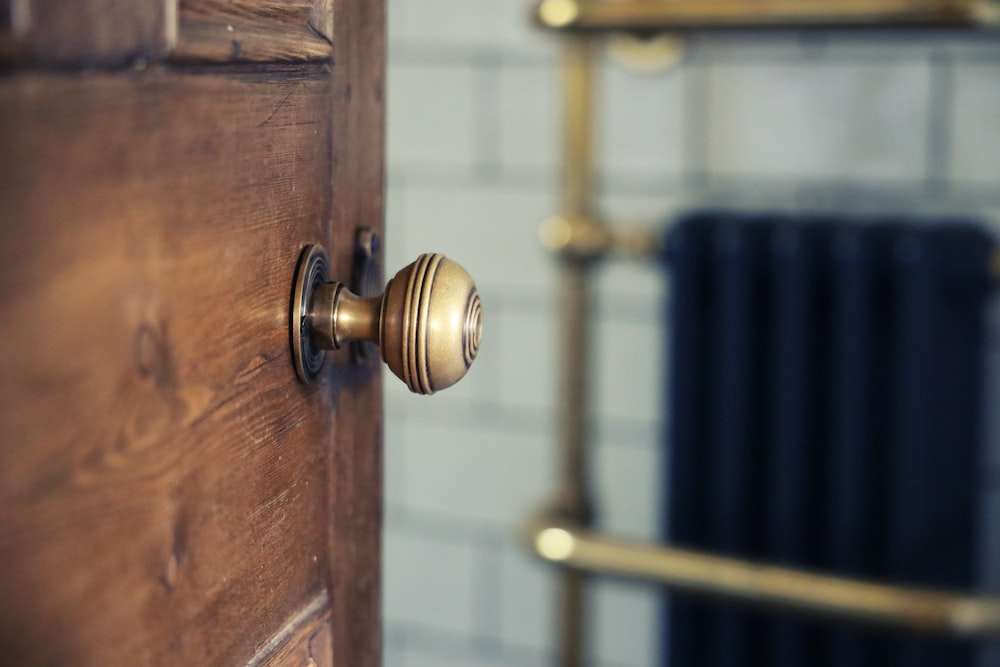 d. Textured features: use a blend of textiles throughout the room, from chunky knit blankets and threaded rugs to wicker baskets and wooden chairs. 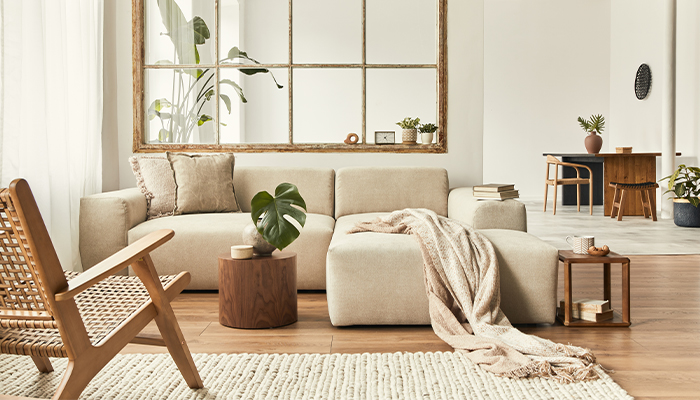 4. Play around with the layout

You can use apps to help visualise how furniture will look in a room, including IKEA Place, Target app and Wayfair app. If you’re stuck on new build living room ideas, for example, you can see what different furniture looks like in your living room space before actually buying the furniture.

Textures can add a flowing essence to the room and bring it to life when used sparingly. From adding wooden panelling or tiles on wall surfaces to incorporating textured fabrics into soft furnishings like pillows, it’s easy to add a little texture!

Our favourite way to add texture is through wall panelling. Wall panels provide a creative element to bring otherwise plain walls to life. Different types of wall panelling include the following: 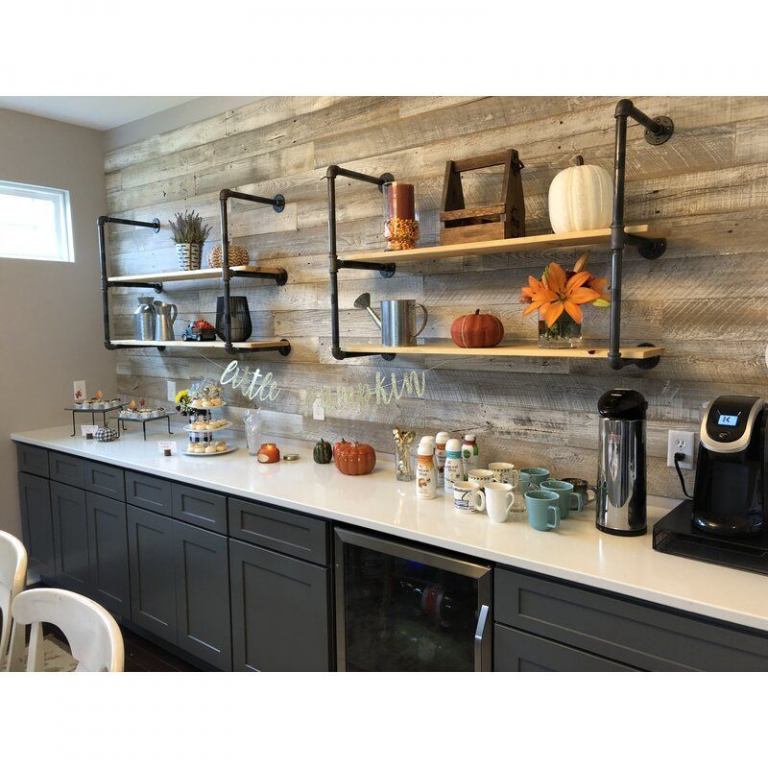 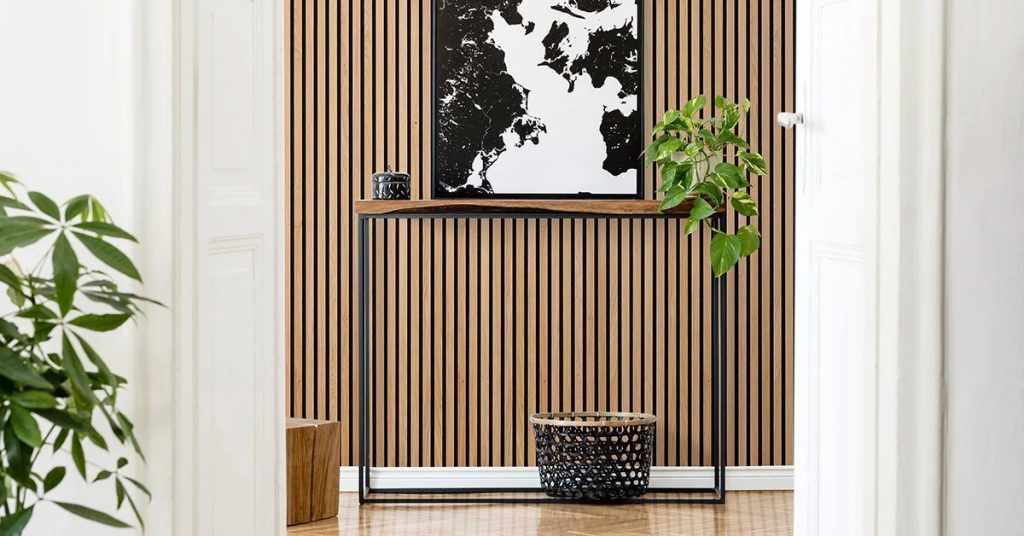 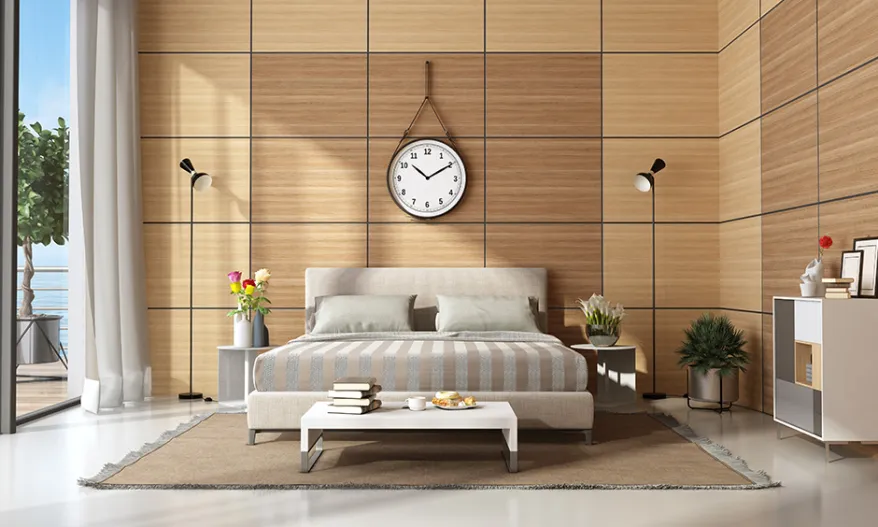 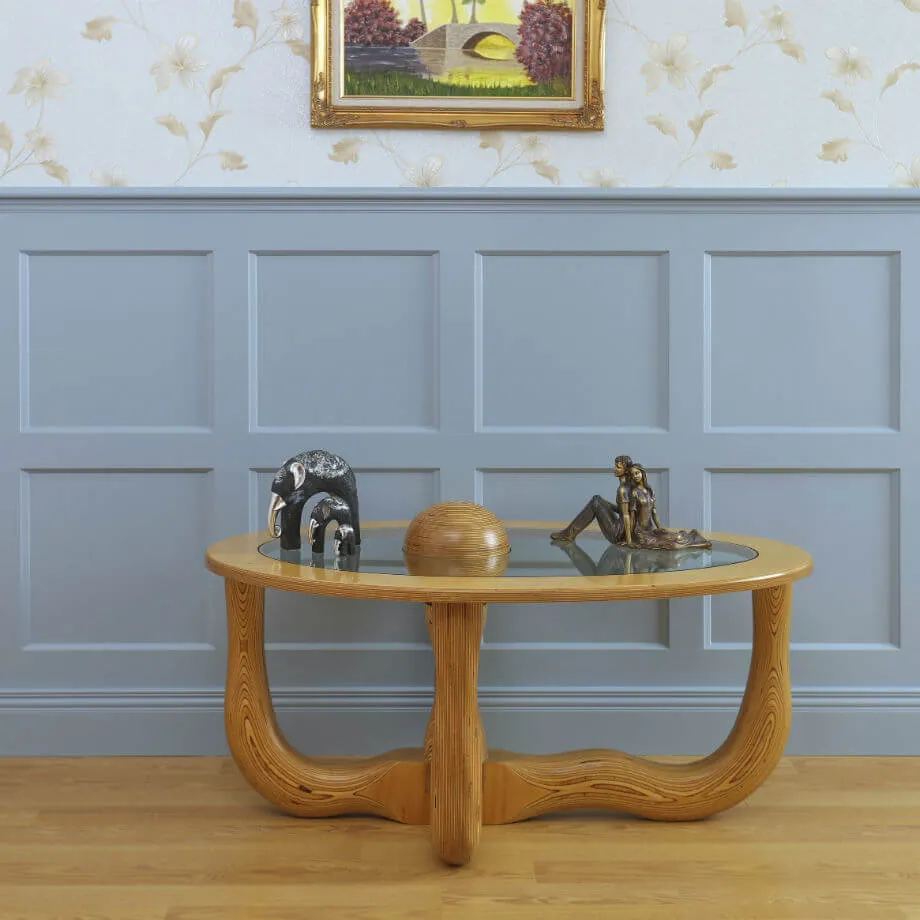 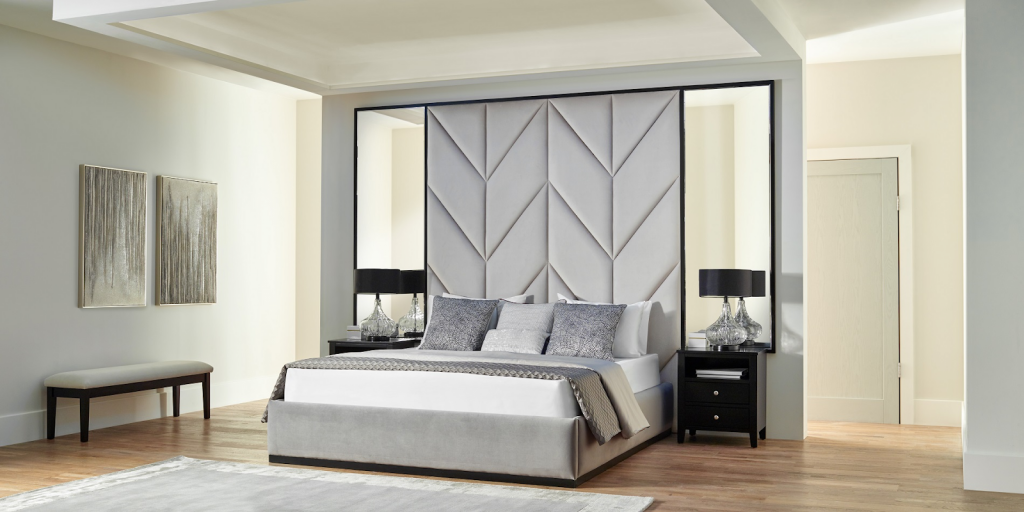 How to Decorate a Period Property

For a modern look, try: 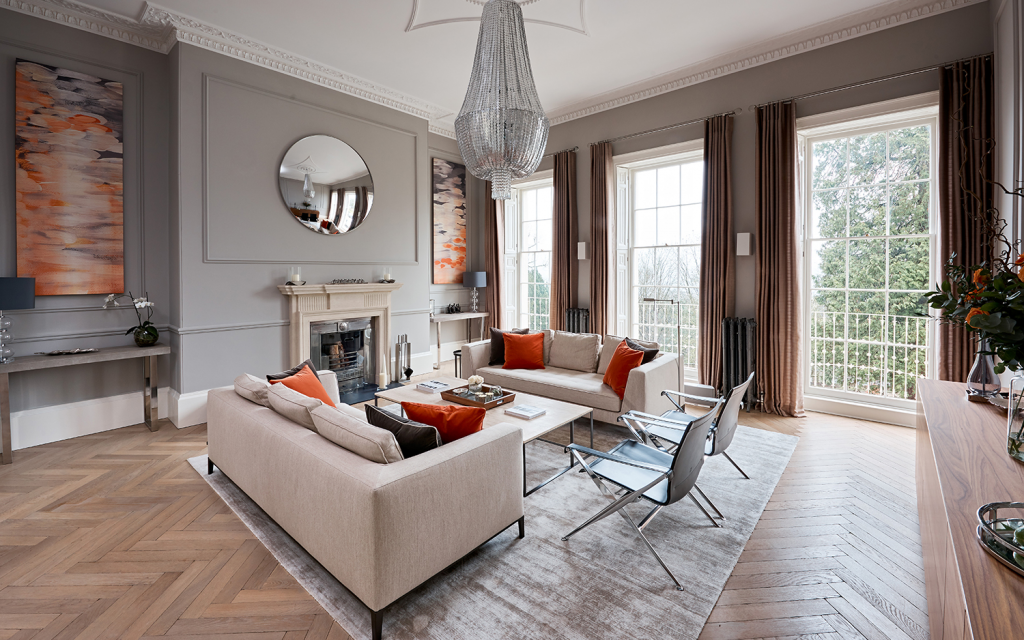 For a rustic look, try: 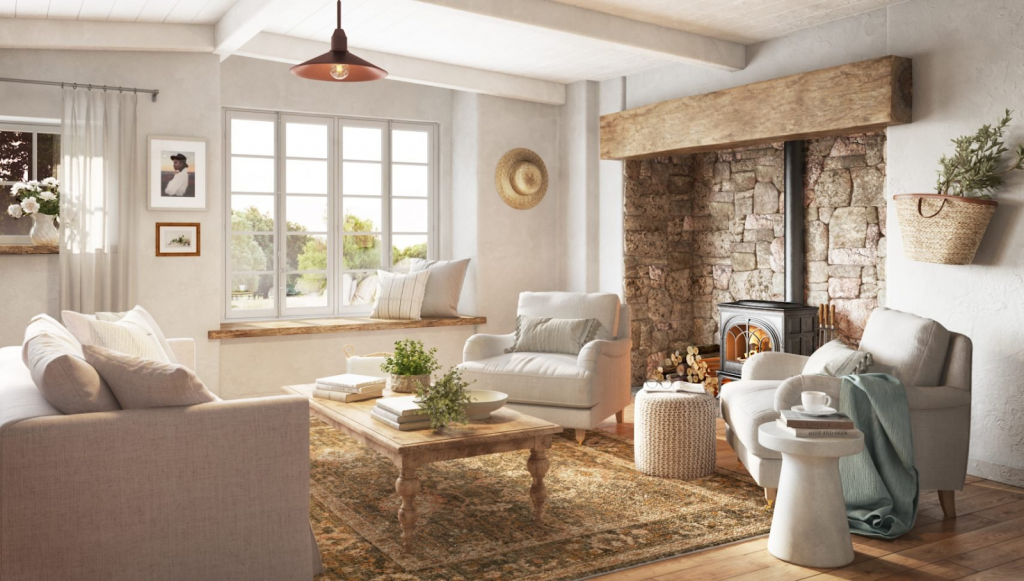 For a vintage look, try: 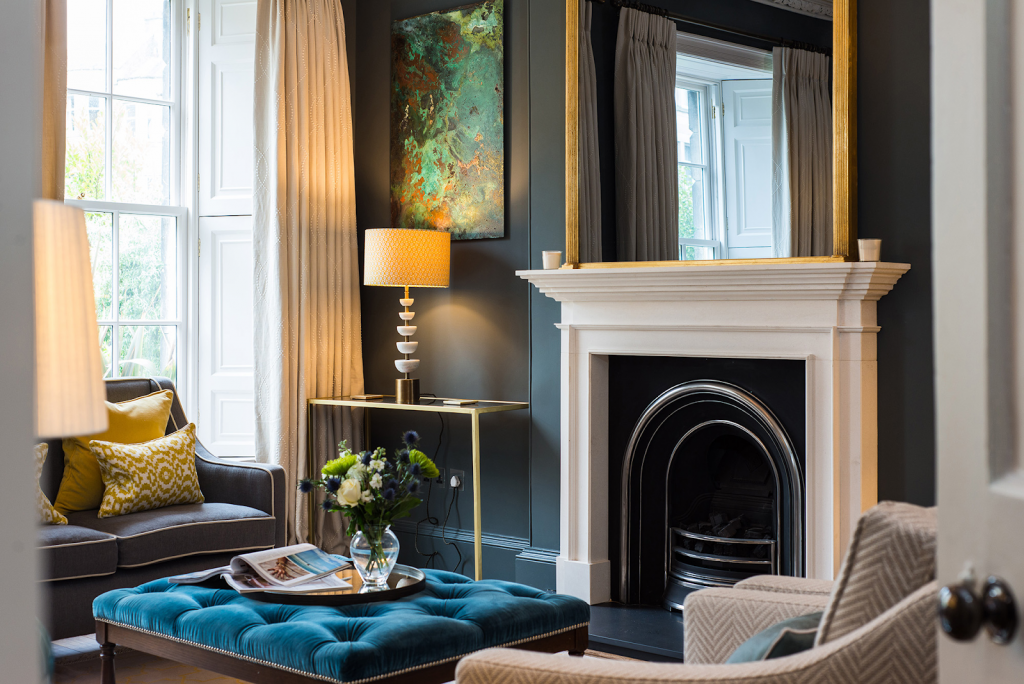 What Works in Both New Builds and Periodic Properties?

When renovating a property, certain style tips may work for both new builds and periodic properties. These include:

Landlords who rent out their property through Flex Living’s property management services are entitled to a free redecoration and refurbishment of their property (worth up to £5,000) into a bespoke, aesthetic living space. Get in touch with one of our team members today, and get a valuation to get started.

Manage Cookie Consent
To provide the best experiences, we use technologies like cookies to store and/or access device information. Consenting to these technologies will allow us to process data such as browsing behavior or unique IDs on this site. Not consenting or withdrawing consent, may adversely affect certain features and functions.
Manage options Manage services Manage vendors Read more about these purposes
View preferences
{title} {title} {title}
Get our monthly updates in the BTL market

Are you a landlord ?

Stay up to date with the latest changes in the buy to let market, topics include new regulations, cladding, rental market changes, new rules…

Manage Cookie Consent
To provide the best experiences, we use technologies like cookies to store and/or access device information. Consenting to these technologies will allow us to process data such as browsing behavior or unique IDs on this site. Not consenting or withdrawing consent, may adversely affect certain features and functions.
Manage options Manage services Manage vendors Read more about these purposes
View preferences
{title} {title} {title}
We're committed to your privacy. HubSpot uses the information you provide to us to contact you about our relevant content, products, and services. You may unsubscribe from these communications at any time. For more information, check out our Privacy Policy.